The Coming of Another Jesus

This kind of perversion, which misuses the life of Christ, is insidious. It conveniently dismisses the law of God as no longer valid, because with the coming of Jesus the law has been discarded and a new era of grace has been inaugurated. Supposedly, the Old Testament revelation is inconsequential, and only what Jesus did matters. Under this thinking Jesus is being turned into the epitome of tolerance who battled the intolerant religionists of His day. While they cared for the letter of the law; He cared for the spirit behind it. He was not into judging people; He just wanted everyone to know that God loves them. This “nice” Jesus represents the God of love who accepts everyone just the way they are.

Is this Jesus the true Jesus, or a strange version of Jesus?

Well, the first thing we should ask is what does the world think of this Jesus? Do they love Him or hate Him? The world is more than willing to receive this Jesus. He has been fashioned according to their liking. He says nothing to convince them of their sin. He makes them feel accepted and loved while still enmeshed in their sin. The only thing He wants them to repent of is any vestiges of an intolerant, religious attitude. That is the cardinal sin. 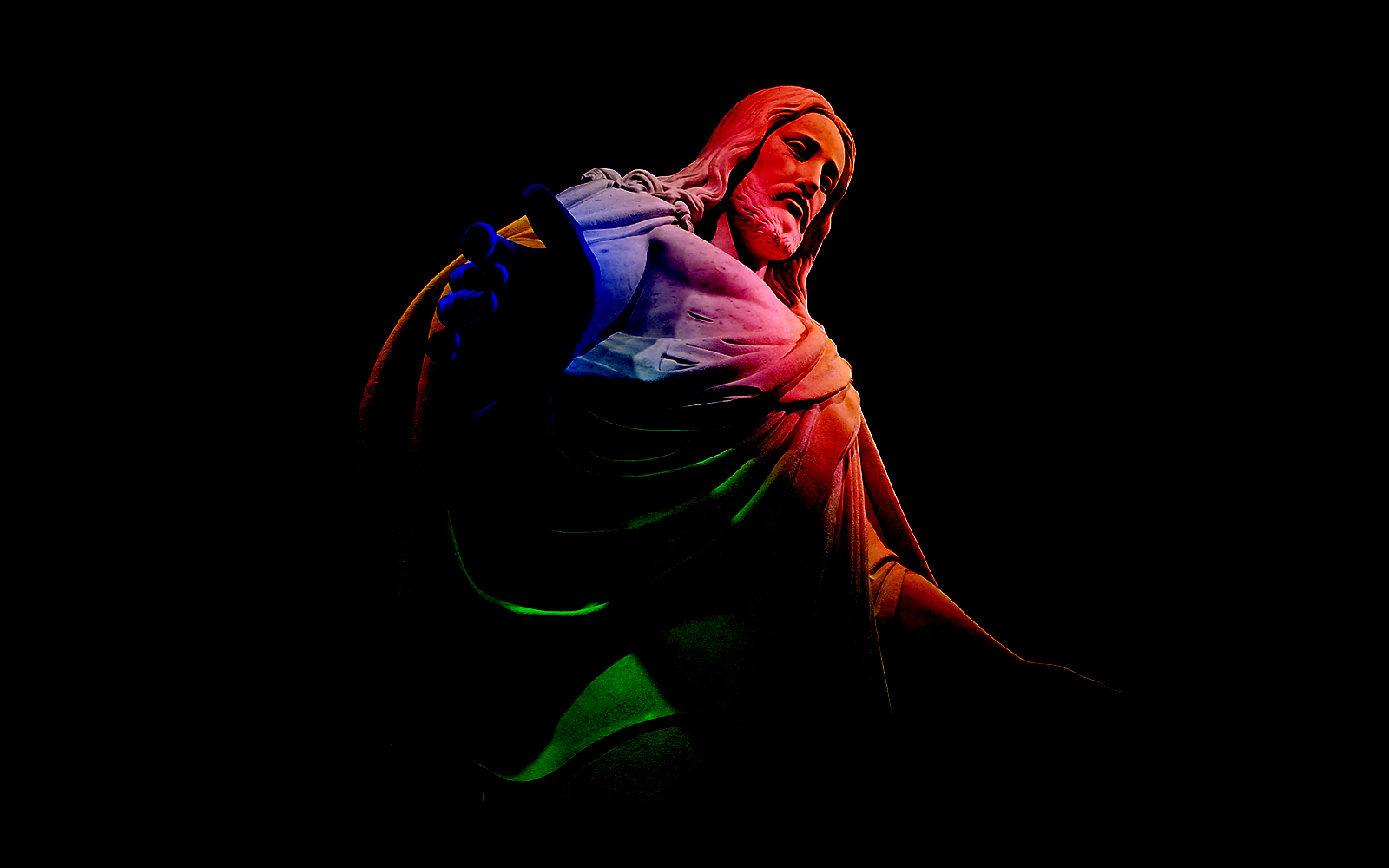 Artwork by Andrew Beck, derived from photography by midiman

But the real Jesus who is presented to us accurately in scripture is a far cry from the Jesus that these perverters of the truth portray Him to be. He declared Himself to be the Light of the World, who exposed its darkness, and was thus hated by those whose deeds were evil.

“And this is the condemnation, that light is come into the world, and men loved darkness rather than light, because their deeds were evil. For every one that doeth evil hateth the light, neither cometh to the light, lest his deeds should be reproved.” (John 3:19,20)

He knew that a cross awaited Him in Jerusalem, where He would be crucified by those who hated the correction He sought to bring to their lives.

“The world cannot hate you; but me it hateth, because I testify of it, that the works thereof are evil.” (John 7:7)

And He told His disciples that they would fare no better than Him in a world that clings to their evil deeds and has no desire to change.

Jesus called His disciples to be the light of the world and the salt of the earth. When we are following “another Jesus” we are “good for nothing” salt that has lost its savor. We will not be used by God to turn men from their darkness to His light. We will be of the world, and loved by the world, because we don’t condemn their sin, but affirm them even while they celebrate those things God calls abominable.

Are you following the true Jesus? Are you being true to the Word? Expect to be called un-Christlike by both the world and false brethren who are in league with them. Be willing to be called a Pharisee, a hater, a terrible person. And though you are nailed to a cross and deemed a transgressor; intercede for those who are the true transgressors. Perhaps a display of the true Christ might win them.

Michael Beck is a pastor in the Dallas, TX area and the main author on Signpost. Receive a daily devotional he publishes every morning via email.