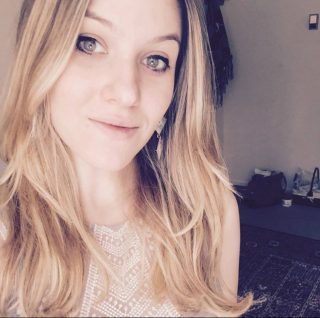 “Judge not according to the appearance, but judge righteous judgment.” (John 7:24)

How can we distinguish an Eliab from a David? For a man could very well be the man of God he appears to be. His passion and excitement for the Lord could be a perfect match for what is going on in his secret heart; and often what we see with our eyes is a reflection of what is in the heart. So how can we judge righteously?

I suggest that you become best friends with time. Time will tell what kind of a person someone truly is. When you are attracted to a man who seems to be all you’re looking for, don’t be hasty to want to know right away if he’s to be your husband. Wait on the Lord and ask Him for His eyes of discernment. Given enough time and circumstances, a man will reveal if all that you see, is all that he is.

It is also vital to know the voice of God intimately. If Samuel had not been familiar with God’s voice as a child in which he replied, “Speak, Lord. I am listening,” perhaps he never would have heard God reveal his anointed man David. Though a man appears to be the anointed one God has for you, if you are not listening to His voice, you could very easily fall for the Eliab and miss out on the David.

Given enough time and circumstances, a man will reveal if all that you see, is all that he is.

If you really want to be spared from an Eliab, and kept for a David on his way, do yourself a huge favor: listen to the warnings and misgivings of your parents and authorities. (Even if you don’t have parents who are walking with the Lord, they still have “feelers” that can sniff out when someone isn’t all they appear to be.) Parents have a special instinct from God to protect their children. It doesn’t matter if you don’t see eye – to – eye with them. Parents aren’t the ones wearing the rose colored glasses that are fogged with emotions and “feelings”, clouding proper judgment and discernment. They see things you don’t see.

Ever hear the warning, “Don’t drink and drive?” Similarly, don’t “drive away” with a man while you’re “emotionally intoxicated.” Your judgment will be skewed and your decisions will be un-sober. What you do while drunk will reap consequences that will affect the rest of your life. One of the most important decisions you will ever make is who you will spend the rest of your life with. Don’t make that decision while you’re emotionally intoxicated. Listen to the warnings of others. Take a step back and allow the emotions to settle down, it will let you think and act soberly, thus avoiding a fatal crash.

One of the most important decisions you will ever make is who you will spend the rest of your life with. Don’t make that decision while you’re emotionally intoxicated.

Just as you need to listen to parents and those in authority, you also need to heed the “checks” the Holy Spirit gives you concerning a man. As you get to know a man and different things about him start to come to light, you will be put in a position to “prove all things.”

As you discover his heart, God’s good, acceptable and perfect will for your relationship will be proven. But if God starts bringing things to your attention that just don’t sit well and the red flags start to appear, do not harden your heart! God will be glad to direct your path if your heart is not hardened to His voice.

“A wicked man hardeneth his face: but as for the upright, he directeth his way.”(Proverbs 21:29)

Be aware that your own misgivings should tell you something about him. Do not believe the lie that “God won’t allow me to marry the wrong man” and so you continue playing with fire. The worst thing that could ever happen is that God gives you over to your own desire because you didn’t listen.

“But my people would not hearken to my voice; and Israel would none of me. So I gave them up unto their own hearts’ lust: and they walked in their own counsels. Oh that my people had hearkened unto me, and Israel had walked in my ways!” (Psalm 81:11-13)

We can miss out on God’s best because we’ve hardened our hearts to His voice and chosen our own way.

God does lament over “what could have been” when we walk in our own counsel and refuse His. We can miss out on God’s best because we’ve hardened our hearts to His voice and chosen our own way.

You can also judge righteously by being careful not to believe everything good people tell you about him. They, like Samuel, see what the human eye can see. While it is important that a man have a good report from his family and friends, even those closest to him do not know the innermost parts of his walk with the Lord. God knows the integrity of his heart, and isn’t fooled by eloquent speeches or spiritual muscles. God weighs the spirit. (Proverbs 16:2)

If God permits you to enter into a time of getting to know someone on a deeper level, use that freedom to discover his heart – not to become emotionally attached. If during that time it is revealed that he isn’t the one, your anointing oil will still be saved, ready and waiting for the man God is still preparing. If he is the one, God will have no problem telling you, “Arise! Anoint him! For this is the one you’ve been praying for.”

And for all you men out there who truly are Davids in the making, we are cheering for you. Though it seemed David was just a young shepherd boy, tending sheep – remember that God was preparing him for the many battles ahead. In those years of obscurity, hidden from man’s view – that shepherd boy was killing bears, wolves and lions. He was preparing for the Goliaths to come.